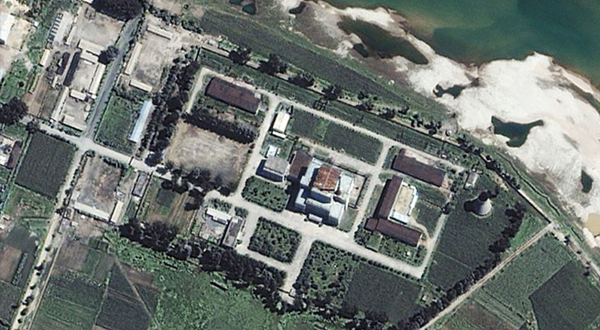 Analysis of the images focused on exhaust plumes from a steam plant used to heat a radiochemical laboratory facility at the Yongbyon complex.

The facility is used for processing plutonium from a five-megawatt reactor at Yongbyon into weapons-grade fissile material.

Whether the exhaust plumes mean “re-processing additional plutonium is under way or will be in the near future remains unclear”, analysts at the US-Korea Institute at Johns Hopkins University concluded.

However, they noted a recent statement by US National Intelligence Director James Clapper that North Korea could be ready to extract weapons-grade plutonium from the nearby reactor’s spent fuel rods in a matter of weeks.

North Korea mothballed the Yongbyon reactor in 2007 under an aid-for-disarmament accord, but began renovating it after its third nuclear test in 2013.

Satellite imagery analysis by another US think tank in January suggested the reactor was still not operating at full capacity.

When fully operational, the reactor is capable of producing around six kilos (13 pounds) of plutonium a year — enough for one nuclear bomb, experts say.

North Korea has carried out four nuclear tests — the most recent on January 6, when it announced it had detonated its first hydrogen bomb.

Experts have disputed the H-bomb claim, saying the yield from the test was far too low for a full-fledged thermonuclear device.