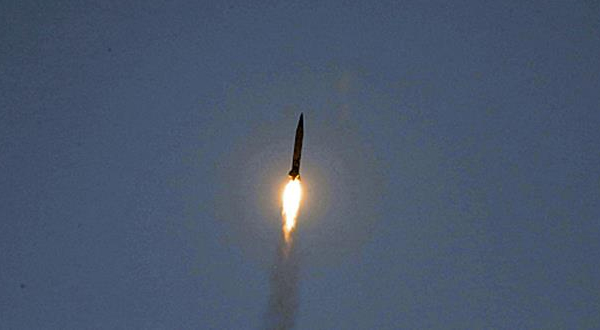 SEOUL: North Korea test-fired a short-range missile or rocket into the sea off its east coast Tuesday, South Korea’s military said, the latest in a series of launches amid rising tension on the divided peninsula.

The North fired the “short-range projectile” from a location near the eastern city of Wonsan around 5:40 pm (0840 GMT) which flew about 200 kilometres (124 miles), Seoul’s Joint Chief of Staff said in a statement.

“We are closely monitoring the situation and standing ready for any situations,” he said.

It was the third such launch by the North in two weeks, as the isolated state stepped up its military threats to protest ongoing Seoul-Washington joint army drills being held south of the border.

The North last Monday fired five short-range rockets or missiles into the sea off the east coast, days after test-firing two medium-range missiles.

The latest launch comes ahead of trilateral talks between the leaders of the US, Japan and the South aimed at discussing the growing threat of a nuclear-armed North.