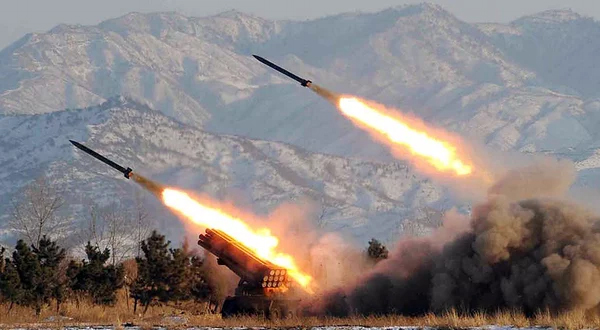 North Korea on Thursday fired six “short-range projectiles” that flew 100 to 150 kilometers (about 62 to 93 miles) off the Korean Peninsula, according to a press release from the South Korean Joint Chiefs of Staff.

The news came a day after the United Nations Security Council voted to impose a broad array of sanctions against North Korea because of that nation’s recent nuclear test and missile launch — both of which defied current international sanctions.

Discussions about new sanctions started after North Korea claimed to have successfully tested a hydrogen bomb in January — its fourth nuclear test.

Then, in February, Pyongyang said it had successfully launched an Earth satellite into orbit via the long-range Kwangmyongsong carrier rocket.