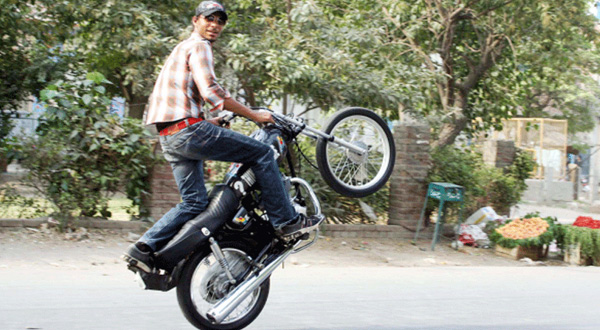 KHANPUR: A 20-year-old biker was killed after his bike hit with a car while one-wheeling in Feroza area of Liaquatpur on Sunday.

Police investigators said that the deceased Muhammad Arsalan Abbassi was doing one-wheeling on Shahi road. He lost control of his bike and hit it with a speeding car coming from opposite direction.As a result he sustained multiple injuries and died on way to tehsil headquarter hospital.

Liaquatpur police later handed over the body to his heirs after medico-legal formalities.