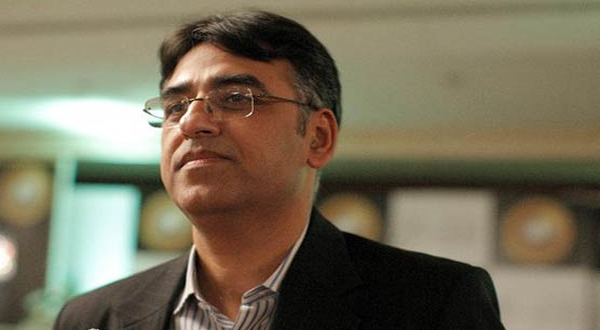 Remarking on Mushahidullah’s interview with a British media giant, the PTI leader said that a continuous political circus is going on in the country.

“If Zaheerul Islam (former ISI chief) was a part of conspiracy, then a treason case be registered and pursued against him”, said Umar.

The PTI stalwart maintained that if the allegations are false then Mushahidullah should be sacked and thrown out of party.

He urged the Prime Minister to clear his position over the issue as his defence minister Khawaja Asif too has leveled such allegations against the former ISI chief.

“If the PM thinks his ministers are lying then he has to order action against them”, Umar tweeted.

and if the PM thinks his ministers are lying then he has to order action against them. He cannot continue this good cop bad cop drama

The prime minister has to take a clear stand. If he agrees with his ministers he should order action against those who conspired — Asad Umar (@Asad_Umar) August 15, 2015

a member of the cabinet alleges that DG ISI was planning and encouraging an act of treason and all we get is a denial !!!