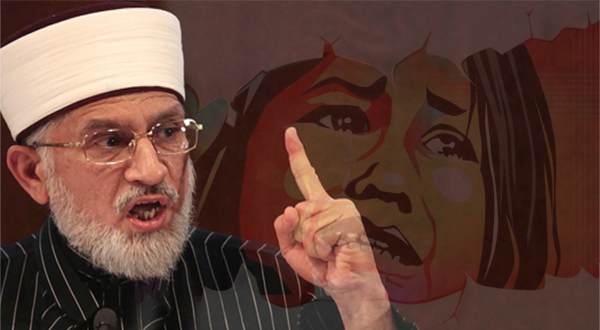 Talking to media, Qadri maintained that the same drama was aired in the Model Town Incident but the victims did not get justice from court.

“If Shahbaz Sharif (CM Punjab) is that popular in Punjab, I dare him to go to Kasur by road”, said an angry PAT chief.

Earlier on his social media page, Qadri also claimed that the establishment of judicial commission is to throw dust in eyes.

gang of criminals active since 10 years, involved in countless cases of extreme child abuse has come to light in Ganda Singh Wala area of Kasur in Punjab province on Saturday.

Investigations revealed around 400 videos were made of 280 victims of abuse by the gang of over 25 criminals.

Several parents of victims were consistently blackmailed and coerced to pay lacs of rupees as they were threatened that the gang would release the videos in public.

It must be remembered that 14 workers of Qadri led PAT were killed on June 17, 2014 after a clash with Punjab police.

A JIT was formed but Qadri and his party boycotted the JIT citing distrust, as was expected , the JIT exonerated Chief Minister Shahbaz Sharif and former provincial law minister Rana Sanaullah from charges of ordering or abetting the police action.

PAT President Raheeq Abbasi rejected the JIT report and termed it a pre-planned script the party had already pointed out. He said he feared the report would give a clean chit to the “actual” murderers of the PAT workers.