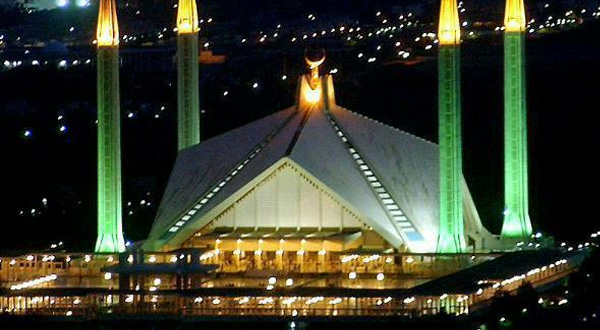 An armed man was arrested by law enforcement agency near Shah Faisal Mosque situated in the federal capital Islamabad here on Monday night.

Police said that a person armed with pistol and bullet was arrested by the security personnel over his suspicious activities near the Faisal Mosque.

According to sources, the person was identified as Sajid who is residence of Lahore. Later, the suspected person was shifted to an undisclosed location for further investigation.