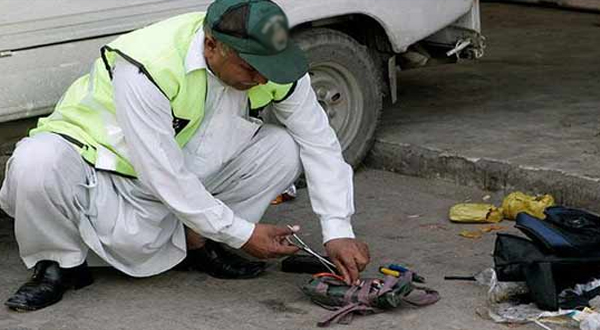 QUETTA: Bomb Disposal Squad (BDS) on Saturday foiled a terror bid in Quetta after defusing a bomb near Liaquat Park meant to target the provincial capital.

Police sources say that the bomb was placed in a plastic can which was defused later by BDS on the tip-off of a citizen.

BDS team reached the scene on time and defused the remote control attached with the explosive material. According to BDS, four to five kilogram explosives were used in the making of bomb.