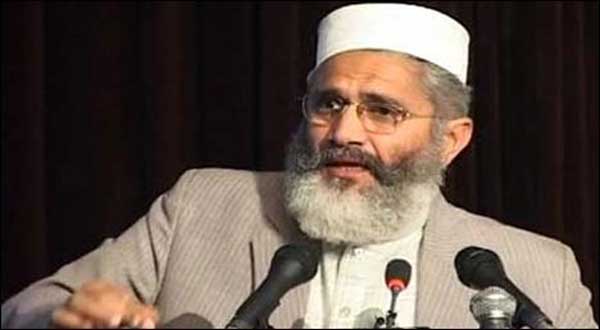 The JI chief while talking to media said that there is no need for a strike on the issue as re-polling can be arranged in constituencies where people and parties leveled allegations of large scale rigging.

Sirajul Haq maintained that the issue can be resolved on table.

It must be noted that an All Parties Conference (APC) called by Pakistan Tehreek-e-Insaf (PTI) led KP government is underway to discuss poll rigging allegations in the province.