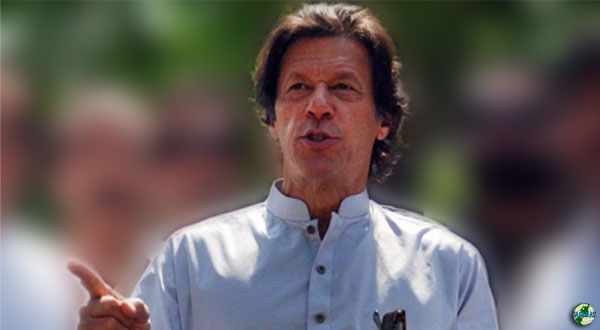 ISLAMABAD: Pakistan Tehreek-i-Insaf (PTI) chairman Imran Khan once again repeated that election will be held this year and said that general elections would take place ahead of local bodies elections in Punjab.

Imran Khan accused Pakistan Muslim League Nawaz (PML-N) of systematic rigging by saying that the party always plays the match with umpires on their side.

Imran Khan further said that the two candidates of PTI have won their seats in the elections in Gilgit-Baltistan but the results are still not revealed.

He said that the candidate who took 25,000 votes declared winner, doesn’t know how much time presiding officers will take to count 25,000 votes.

While commenting on budget he said that government would have given subcity to the people by reducing taxes instead they have preferred to put more taxes on the people who already paying taxes.