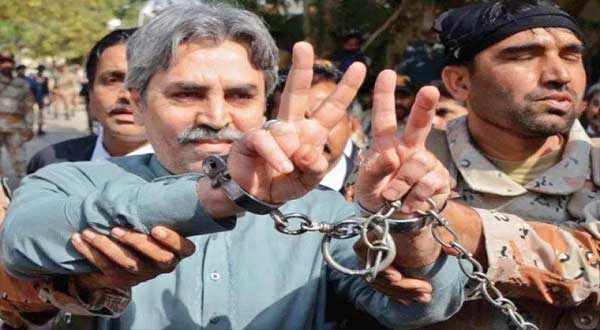 The copy of F.I.R obtained by a local media channel reporter accuses Amir Khan and other MQM leader of sheltering target killers, criminals.

The two killers especially named in the F.I.R are Ubaid alias K2 and Noman alias Nomi.

The F.I.R was registered in the Azizabad police station.

Amir Khan was taken into custody from MQM headquarters Nine Zero on March 11  during a Rangers raid. A number of MQM workers and activists were arrested during the raid, some of them were convicted of murders, extortion and other crimes.

The MQM leader will be presented in court on Friday (today).