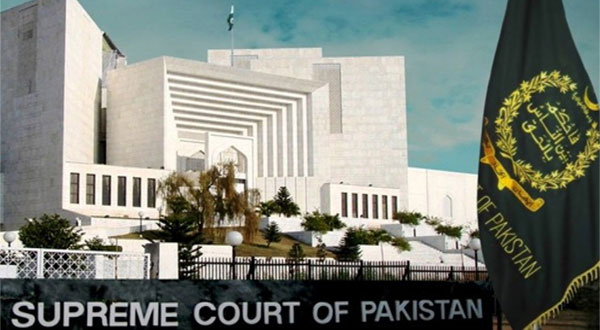 ISLAMABAD: Supreme Court (SC) on Wednesday (today)  fined 10,000 rupees to federal government over not submitting response on time in imposition of Urdu language case.
The SC two member bench headed by justice Jawad S Khawaja heard the case on Wednesday (today). The bench over not submitting its reply on due time expressed anger and fined ten thousand rupees to the federal government.
Justice Jawad S Khawaja remarked that masses are power center and their lips have been tightened adding that the court has ruled five times for the action but it was not implemented.
The court after ordering the federal government and provincial government to submit their reply within two days adjourned the hearing till June 2.