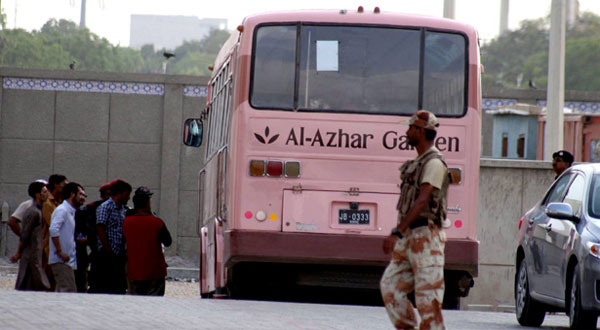 The CTD sources said that four arrested included master mind of the attack Tahir were arrested from Maripur adding that all four are highly educated and their ages are between 25 to 30 years old.

Sources said that master mind of the attack Tahir’s brother has been killed in police shoot out.