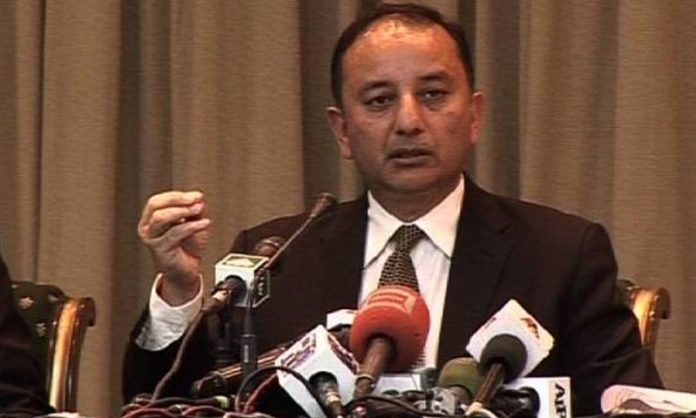 ISLAMABAD: Minister of State for Petroleum Mosadik Malik says that Russia will provide us petrol, diesel and crude oil at cheap rates.

While addressing a press conference in Islamabad, Mosadik Malik said, “I want to congratulate the people that the visit to Russia was successful, the visit to Russia was more successful than our expectations.” Russia will provide us with crude oil at a discount, Russia will supply Pakistan with petrol and Diesel will also be offered at a discount.

The Minister of State further said that Russia does not have LNG yet, but talks have started for LNG with private companies in Russia, talks have also started with Russian government LNG plants.

Mosadik Malik said that discussions were also held regarding the pipeline with Russia, the Russian government is building new LNG plants, and new LNG contracts will be signed with the new Russian plants.

Earlier, Musadik Malik, the Minister of State for Petroleum, on Monday warned that gas loadshdding is inevitable in the coming months despite the arrangement of additional 200 million cubic feet per day (MMCFD) liquefied natural gas (LNG) in January-February 2023, compared to the same period last year.

“Despite the availability of an extra LNG cargo during the upcoming peak winter season, gas load-shedding will be inevitable,” Malik said while briefing the Senate Standing Committee on Petroleum in a meeting held under the chair of Chairman Committee, Senator Mohammad Abdul Qadir.

“In January, Pakistan will have ten LNG cargoes, while in February nine of them will be available for local consumption, while this extra liquefied gas will be imported by state-run companies.”

Malik said the government would encourage the private sector to invest in new LNG terminals.

The state petroleum minister was critical of the supply of gas to the fertiliser-makers at discounted rates.

“The gas costing Rs4,000/MMBTU was being supplied to the fertiliser factories for just Rs250/MMBTU under the pressure of the fertiliser mafia,” the minister said.

A poor common consumer pays $17/MMBTU, while the exporting sector gets the same gas for $9/MMBTU; however, it is provided to the fertiliser-makers at a meagre $1.35-3/MMBTU.