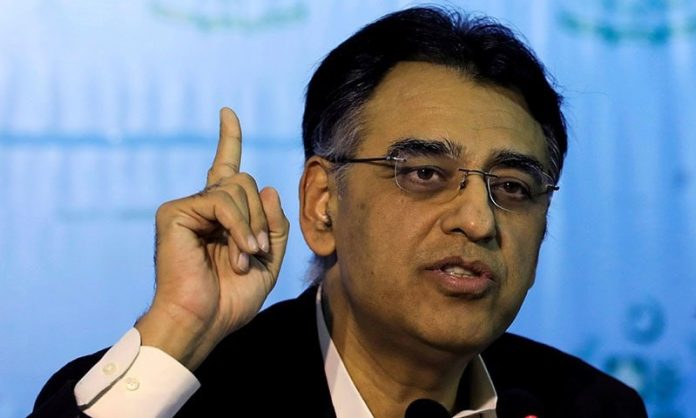 The road closure case was heard in the High Court of Rawalpindi. The court said that peaceful protest is everyone’s right. The protest has been done, now what is in this case?

Taking notice of PTI leader Asad Umar’s speech against the judiciary during the long march, Justice Jawad Hasan issued him a contempt of court notice and sought his reply on December 7.

The court adjourned the hearing of the road closure case till December 7 and ordered to present arguments in the next hearing.

Last month, Pakistan Tehreek-e-Insaf leader Asad Umar has said that only the army and the Supreme Court can end the current political crisis and they should do it.

In a statement, the PTI leader said that there is no discussion going on at the moment. Earlier, President Arif Alvi had taken a step.

It should be noted that earlier PTI leader Asad Umar had made a statement on social media that according to the new schedule of the real freedom march, Imran Khan will reach Rawalpindi on November 10 and all the caravans will reach Islamabad on November 11.

Pakistan Tehreek-e-Insaf General Secretary Asad Umar has said that the assemblies in Punjab and Pakhtunkhwa will be dissolved when elections are announced.

While giving a press conference, the PTI leader said that the nation has made a decision. The country will come out of the crisis by calling for new elections. He said that there are no negotiations behind the scenes. The plan changes day by day. New elections are inevitable in Pakistan. Punjab, KP Assemblies will be dissolved when the election are announced.

He said that Imran Khan never spoke against the army. He said absolutely not while he was the prime minister. Long March will not go to D Chowk, but can go anywhere. We do not want such a government where DGISI holds a press conference. They themselves believe that the imported government will be wiped out in the new election.

Asad said that the future decisions of Pakistan will be made by the people only, not by America, Britain or in closed rooms.

Addressing the Nawaz Sharif, the former finance minister said that Mian Nawaz, this is not the GT Road that you left. If there were no people in march, Islamabad would not have been sealed with containers. He said that calls are being made to TV channels asking them not to show Long March.

According to sources, the name of Chairman PTI Imran Khan’s Chief of Staff Shahbaz Gul has been placed on the ECL with the approval of the Cabinet.

Sources said that Shahbaz Gul’s name was included in the ECL on the recommendation of the Islamabad district administration.