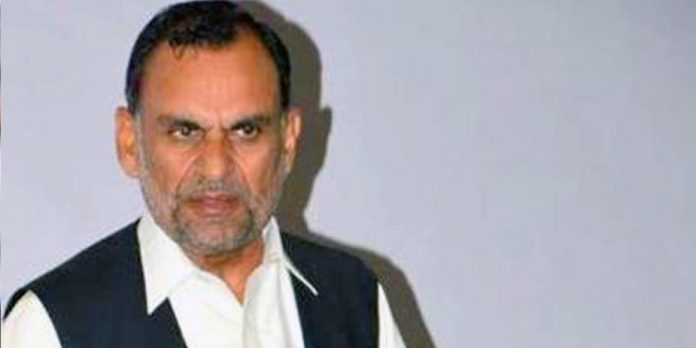 ISLAMABAD: A local court in Islamabad has approved another four-day physical remand of PTI leader Azam Swati in the case of controversial tweets.

Senior Civil Judge of Islamabad Muhammad Basheer heard the case of Azam Swati in which his lawyer Babar Awan appeared in the court on behalf of Azam Swati.’

Babar Awan requested the court not to produce Azam Swati in the court due to security concerns, which the court accepted.

Later, the court remanded Azam Swati for another 4 days till December 3.

Yesterday, PTI Senator Azam Swati has moved the Islamabad High Court on Monday regarding the cases registered against him by FIA for tweeting against senior military officers.

Swati has filed a plea saying the Federal Investigation Authority (FIA) had filed a case against him under the controversial Prevention of Electronic Crimes Act (PECA).

Swati, in his petition, said that he was subjected to the worst torture during the custody. The PTI senator said that he has information that he can be killed in custody.

The plea said that Azam Swati can be subjected to any sort of inhuman treatment during custody. Basic human rights should be ensured in this case, the plea added.

It added that Swati should not be shifted to any other place. Cases have been filed against the PTI senator in Sindh.

In the petition, the federal government, inspector generals of Sindh and Balochistan and FIA were made parties.

Sources said that Swati was taken into custody from his farmhouse located in Chak Shahzad this morning.