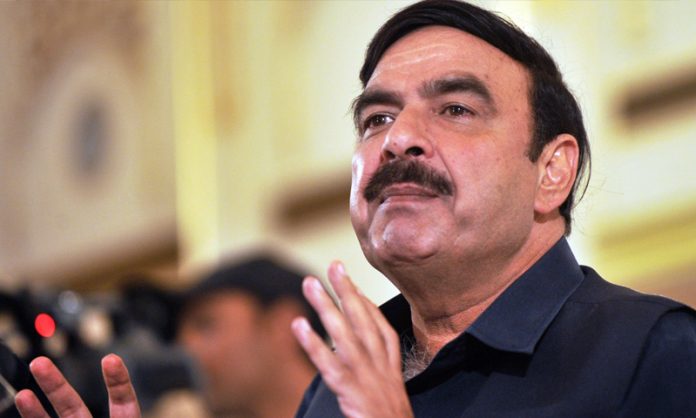 RAWALPINDI: Awami Muslim League chief Sheikh Rasheed Ahmed has said that the baton of command will change today and the election clock will also change by January 30.

In a statement on the social media site Twitter, he said that since four months, the Punjab Assembly session has been going on, so no confidence and Governor’s rule are impossible. Both those who came to the government and those who brought it are regretful.

The former interior minister said that Fazlur Rahman’s statement humiliated him. Today the baton of command will change. By January 30, the election time will also change. Economy is national security, on which no one can remain a silent spectator.

Sheikh Rasheed said that Imran Khan single-handedly buried the politics of 13 parties. If the assemblies were dissolved and there is no money or planning for two elections in one year.

He said that 77 ministers are a burden on the treasury. 8 months of starvation, inflation and now the IMF’s response. Those who went to London to get medicine are celebrating New Year holidays. Sheikh Rasheed said that the countdown has started.

On Thursday, a case had been registered against the unknown caller in Civil Line police station for threatening former interior minister Sheikh Rasheed Ahmed.

According to sources, the case was registered under the Telegraph Act and for the offense of intimidation. Last night, an unknown caller made a threatening call on the official landline number of the CPO Rawalpindi office. According to a senior police officer, a case has been registered and investigations are underway.

Rawalpindi Police have also deployed elite commandos while increasing the security of Sheikh Rasheed and his secretariat Lal Haveli.