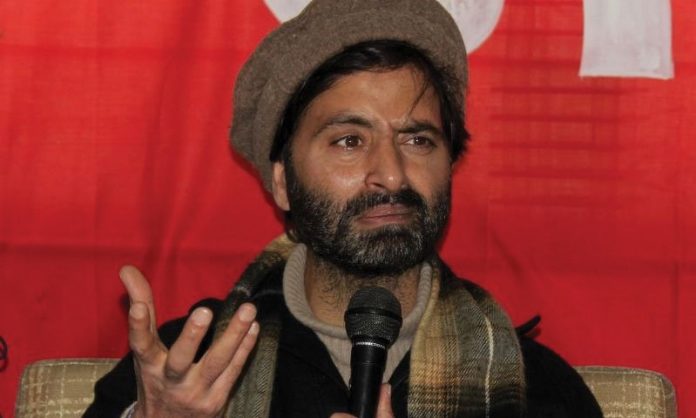 SRINAGAR: A court has convicted Yasin Malik, a Kashmiri freedom fighter who has been in the custody of the occupying forces for several months, in a terrorism funding case.

According to media reports, an affidavit has also been sought from Yasin Malik regarding his financial estimates.

Indian media has also reported that the court will hear the case of Yasin Malik on May 25.

It may be recalled that Qamar Zaman Kaira, Advisor to Prime Minister Shehbaz Sharif on Kashmir and Gilgit-Baltistan Affairs, in a statement a few days ago, had raised questions about the cases being filed by India against Yasin Malik and other freedom fighters.

Meanwhile, the Pakistani Foreign Office had summoned the Indian charge d’affaires and recorded a strong protest against the case against Yasin Malik.