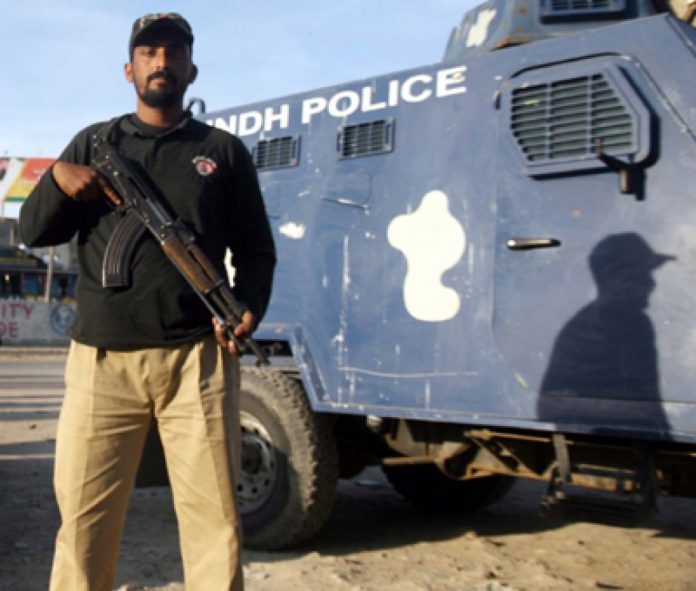 KARACHI: Karachi Police have appealed to the citizens to cooperate in preventing terrorism in the city.

The SHOs of Old City Area patrolled the area and appealed on megaphone to the citizens to report any suspicious vehicle, motorcycle or parcel to the police.

On the other hand, a meeting was held under the chairmanship of Additional IG Karachi on the security situation in which Karachi Police Chief Ghulam Nabi Memon said that one armed officer would accompany the traffic police personnel.

Significant revelations have emerged in the law enforcement agency’s analytical report on the recent blasts in Karachi.

According to the report, the Indian intelligence agency RAW was involved in all the three bomb blasts, including the suicide bombing in Karachi.

Three terrorist groups assisted each other in the Boulton Market and Saddar blasts.

According to the report, the reiki work of the area was allegedly taken from the sleeper cell of Muttahida London.

Sources said that in the past, making and planting such bombs and carrying out blasts has been the method of banned BLA and SRA. The purpose of the blasts was to target law enforcement agencies and business centres.

Yesterday,  a woman was martyred and 12 others injured in an explosion occurred in Kharadar area of ​​Karachi after which rescue agencies agencies have been called on the spot.

Woman martyred in the blast was stated to be 21 years old.

The blast took place at Iqbal Cloth Market near Boulton Market within the limits of Kharadar Police Station. A fire broke out in a clothing store after the blast, which has now been brought under control.

According to the preliminary investigation, the bomb was planted in a motorcycle. The police mobile of Kharadar police station was destroyed in the blast.

The blast also damaged several motorcycles on the spot.