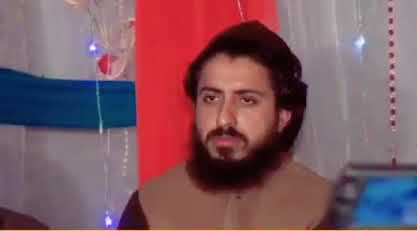 In a statement on Thursday, Hafiz Saad Rizvi said that the power struggle is being fought in the streets instead of the elected house.

He said that the prime minister is afraid of the no-confidence motion, no one cares about the country’s problems. The government should allow the members of the National Assembly to perform their duties freely in accordance with democratic and parliamentary procedures.

He further said that there is a war going on in Islamabad to save and loot the power while the government has completely failed to run the country.

Meanwhile, preparation of summary regarding the Governor Rule in Sindh has been started in the Federal Ministry of Interior.

According to sources, an important meeting has been convened in the Interior Ministry tomorrow which will be chaired by Interior Minister Sheikh Rasheed.

Sheikh Rasheed will have an important meeting with Prime Minister Imran Khan tomorrow, after which a meeting will be held at the Interior Ministry under the chairmanship of Sheikh Rasheed.

According to the sources, the Interior Ministry may send a summary of Governor Rule in Sindh to the prime minister.

It may be recalled that while talking to the media today, Sheikh Rasheed said that he had proposed to the prime minister to impose the Governor Rule in Sindh and the final decision would be taken by the premier.

He further said that no action is being taken in Sindh House Islamabad. It is a matter between the MNAs who have gone there and the people of their constituencies now, the interior minister said. But it has become clear that the money of the people of Sindh is being used there.