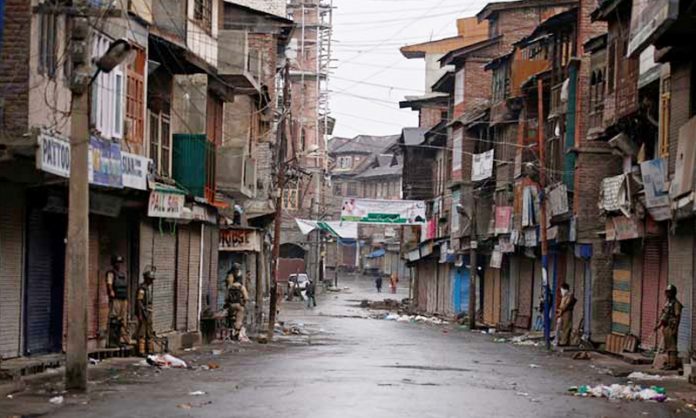 Srinagar, Occupied Kashmir: The All Parties Hurriyat Conference (APHC) has announced a complete strike in the occupied Kashmir on Friday.

According to the All Parties Hurriyat Conference, the strike will be held on July 24 to reject India’s illegal occupation of occupied Kashmir.

A spokesman for the APHC said that slogans of freedom would be raised from mosques on Friday. India wants to snatch Kashmir from its people and settle armed Hindus. The struggle will continue till the presence of a single Indian soldier on Kashmiri soil, h added

He further said that Kashmiri youths were arrested and tortured by Indian troops, adding that the rights of Kashmiris were being snatched away by providing domiciles to non-natives.